Running: nobody needs to tell you that running is good for your health, that it increases life expectancy, that you can lose weight from it, that if you don't rest enough between runs you could damage your ankles. Everybody knows all of this already. A much more interesting angle to look at running from, would be to ask why we would do something like this in the first place. To put it in other words: where does something like recreational exercise come from, and why do we look at something that, in itself, is quite strange, as being so ordinary. Running is a simply a cardio option, having particular pros and cons compared with other forms of cardio exercise; but is it really that simple? Is running simply a given? 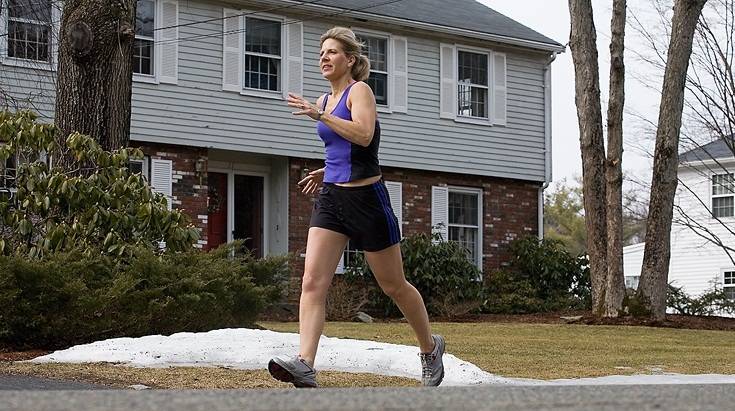 The phenomenon of running, or jogging, for exercise goes back to, at least, the late 19th century: in his 1884 novel My Run Home, Australian author Rolf Boldrewood writes: "your bedroom curtains were still drawn as I passed on my morning jog." In the U.S., on the other hand, running for fitness didn't become popular until the 1960's; it was prompted at least partly by Bill Bowerman's book "Jogging" (the title itself makes it sounds like a novelty) published in 1966. Perhaps we can look at these two examples of running in literature for a clue as to where it comes from, and why.

My Run Home begins with a description of the narrator's steamer voyage: "Our early experiences are luxurious. The great liner, delicately kept, strictly disciplined, largely provisioned, is apparently at the disposal of some twenty Australian passengers. We are ministered to by numerous attendants, oriental of aspect and manner. We revel in commodious unshared cabins. The captain is polite, the first officer amusing, the crew picturesque, the band talented. All is reassuring and rose-coloured." This luxurious voyage sounds like one taken by a man possessing wealth, as well as the leisure which attends it.

If we assume that our supposed proto-jogger is a man of wealth and leisure, this certainly makes sense: those that work hard physically for a living are not going to have the time or the inclination for additional exercise; and since they use their body at work, they would have no need for recreational exercise at all. The man of wealth and property, on the other hand, is free from such physical toil for his bread and butter, and is also at liberty to use his body in his spare time at his own leisure. Can we find any similarities between this and the emergence of running in the U.S. in the 1960's? Perhaps we can suggest the post-war economic boom, wherein more Americans were growing wealthy enough to have not only the leisure for recreational exercise, but the need for it to begin with (think more middle class jobs, where the body is not used to earn money).

Looking at running from this angle, it is no longer simply a given, or an option: very specific social and economic conditions must be present in order for recreational exercise to be possible or even necessary. If you tried jogging in an economically depressed country, you would likely appear completely ridiculous to the people there - expending energy for it's own sake, or for the sake of honing or nurturing your own self, is something that can make sense only in an economically prosperous context.

You may want to argue that our way of life is the norm, and therefore the leisure to run, or to do whatever else we please to take care of ourselves is the norm - but the opposite position could just as easily be argued: that the kind of leisure we live in is unnatural and built on the abuse or oppression of others. Without even taking that line of argument, I suggest simply looking at the activity of running itself: isn't it, in itself, very strange to expend energy for no reason, when that same energy, and the same health benefits associated with it, could be expended on actually doing something? Aren't we wasting valuable human energy, which could be used for something useful?

It is no coincidence that this is the case: running is acceptable only if it is done at one's leisure. While we do see the occasional running commuter (a rare example of non-recreational running), cars are still our primary mode of transportation. Isn't it ridiculous, when you think about it, to drive back and forth to work every day, only to go running at your leisure at night? Why not actually use your run for something? The reason is, at least in part, again about wealth and leisure: the car is an expression of affluence as much, or even more so, than as a useful tool; and if you run at your leisure, this provides an even further expression of affluence. So, the combination of the two activities (running and travelling to work) which is beneficial in a painfully obvious way, is not even considered as an option (along with options such as running, biking, swimming for recreational exercise) because we take representing ourselves to others as affluent as a given.

Running, when seen in this light, now appears very strange; it is not simply something that can be taken as a given, or considered as an option among other forms of cardio. Instead, it is a representation of a very particular social and economic context, as well as a representation of a painfully obvious oversight inherent in our society. So, don't worry about whether running is the most efficient form of cardio, or about spraining your ankles: worry about what kind of world you live in.