×
You are here: Home / Entertainment / 21 of the Biggest Lies in American History

In the past several years, one of the most overused terms has to be "fake news." However, this is nothing new since U.S. history is based on so many lies that it is closer to mythology than history.

Among the biggest lies in American history, you will discover that heroes were anything but magnificent, mixed-up dates, and an insane amount of whitewashing.

You won't find the Black Wall Street, W. E. B. Du Bois, or that Columbus was not even the first European on American soil.
Here is a list of significant, controversial, but historically proven lies from American history that have been vastly accepted as the truth. 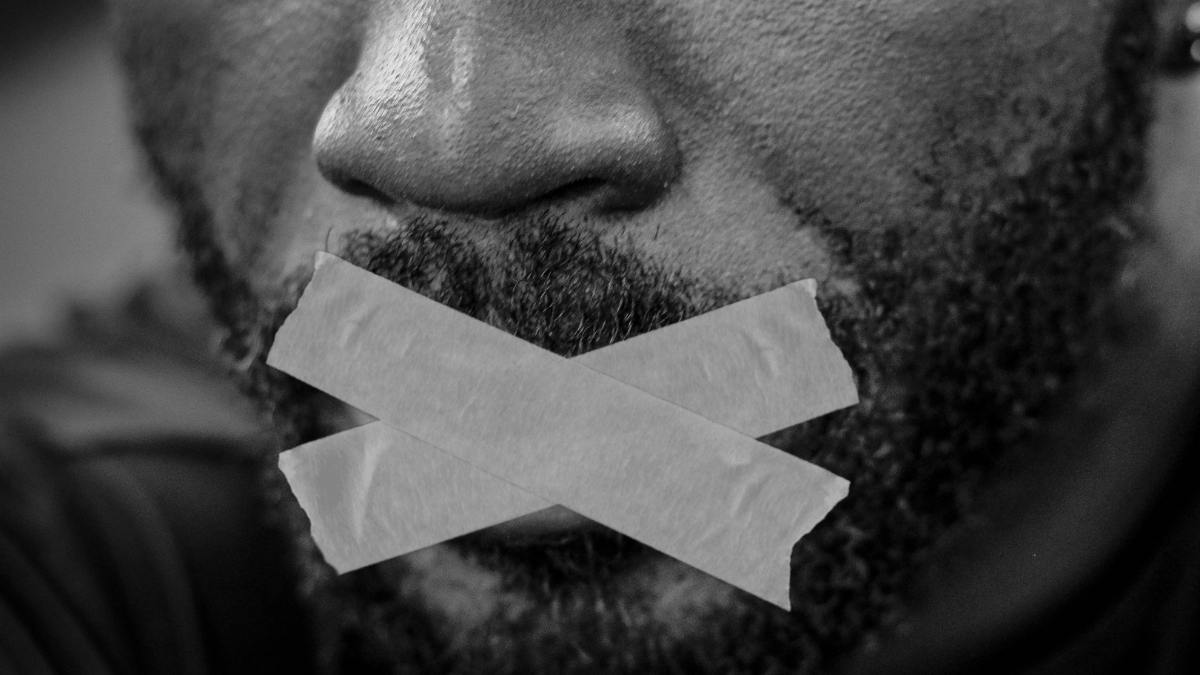 Lincoln's position on slavery is one of the most discussed aspects of his life. Lincoln preferred to emancipate the slaves gradually by compensating their owners with federal funds instead of freeing them at once.

Historians concluded that Lincoln did believe that slavery was morally wrong. However, his thoughts changed throughout his career, and with emancipation and his support of the eventual 13th Amendment, Lincoln would finally win over the most committed abolitionists. 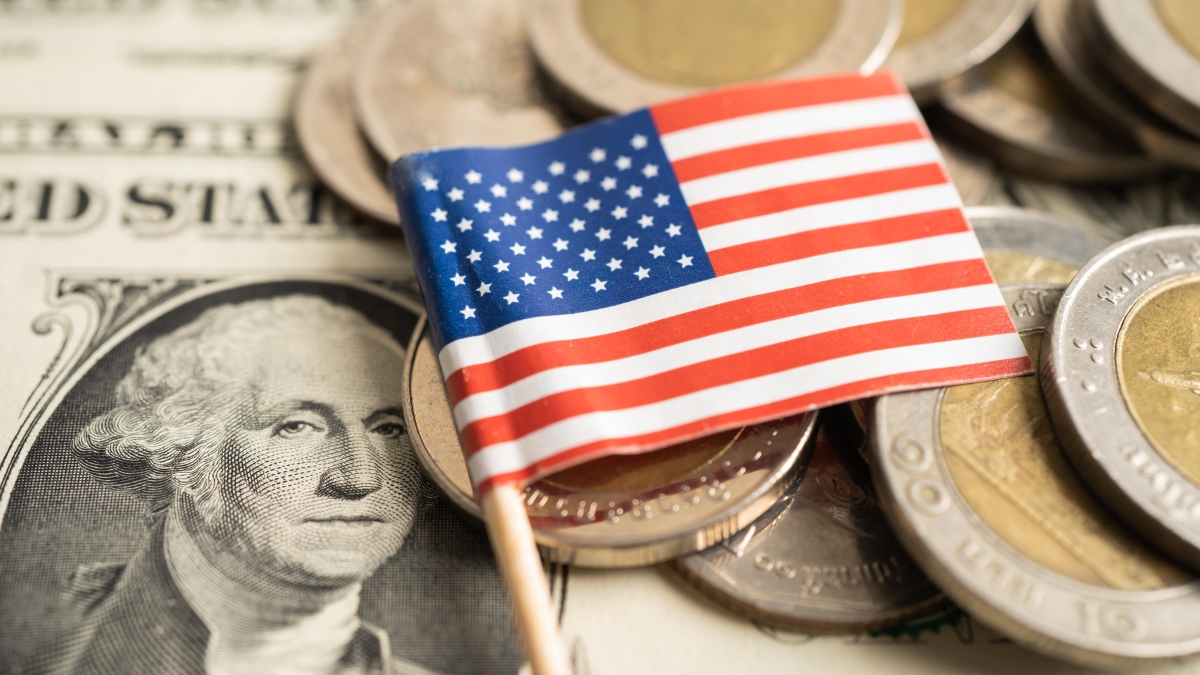 Washington liked drinking dark wine, so his dentures always appeared dark and brownish. That is most likely how this lie became part of American history.

However, by the time he became President, Washington had a set of dentures made of ivory, brass, and gold built by dentist John Greenwood.

Additionally, there are claims he also had human bones in his dentures, though these are not historical facts. These claims are based on what was used among the rich to replace lost pearly whites.

George Washington was the first president of the United States 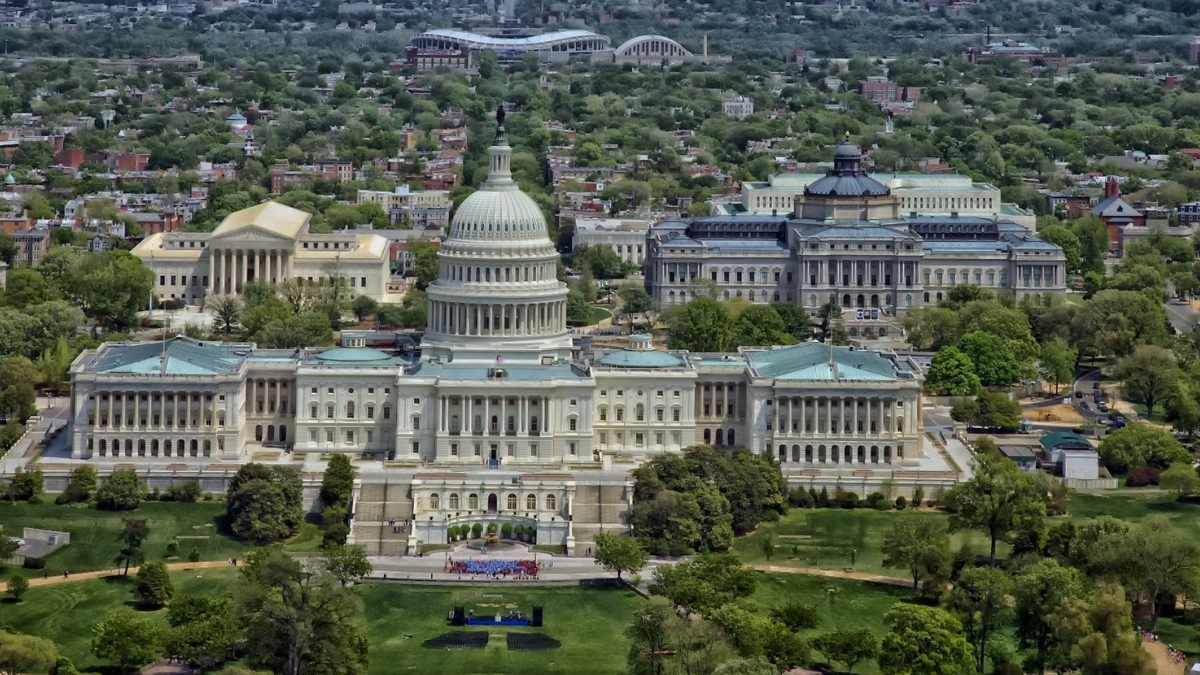 George Washington was the first president under the U.S. Constitution. During the American Revolution, the Continental Congress elected Peyton Randolph, who created the Continental Army.

Thomas Mifflin, President between 1783 and 1784, oversaw the ratification of the Treaty of Paris.

John Hancock, who became more famous for signing the Declaration of Independence, was the President between 1785 and 1786. Washinton was the 15th president, not the first.

The emancipation proclamation freed the slaves 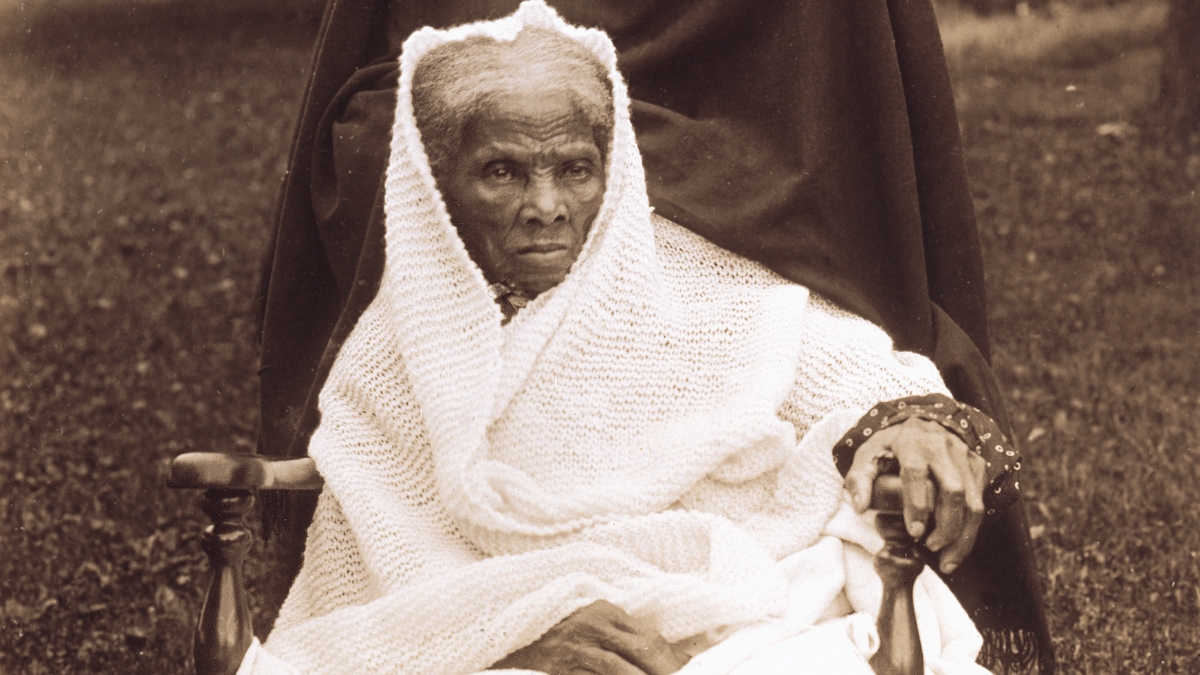 However, the Emancipation Proclamation freed only slaves in open Rebellion states. Though it was something, slavery was finally outlawed much later.

Also read: 20 Crucial Questions Your Doctor Wishes You Would Ask

United States went to WWII to save Jewish people 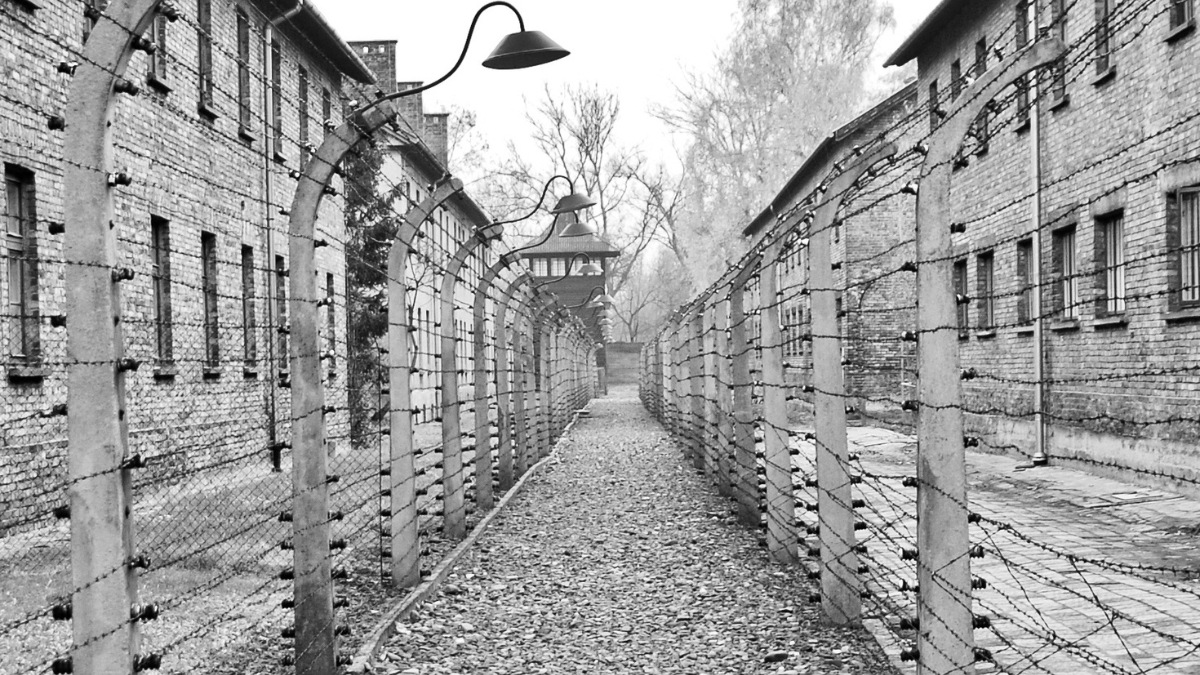 Not only was the U.S. the last to join WWII, but there were also tens of European countries fighting against the Nazis.

Many governments, including the U.S., did not allow Jewish people to find exile claiming they were Nazi spies.

So, why did the U.S. join? Because of Japan, which was an ally of Nazi Germany.

Founding Fathers said, "In God We Trust" and "One Nation Under God" 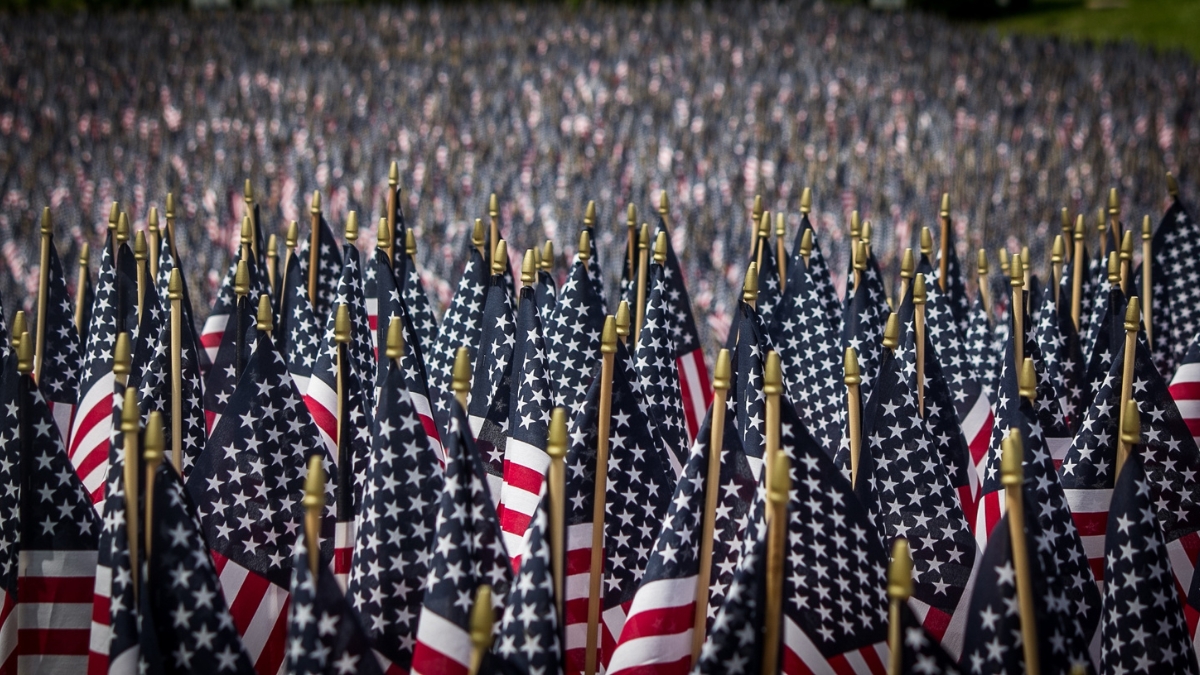 Though it sounds powerful and sends shivers down every American's spine, "In God We Trust" was not something Founding Fathers ever stated.

It was added by President Eisenhower in the 1950s to the whole pledge of allegiance as we know it today.

Though seen as an American tradition, these were nothing more than lies told in American history.

Also read: Can We Go to Heaven with Tattoos? Here is What the Bible Says

Founding Fathers were all Christians 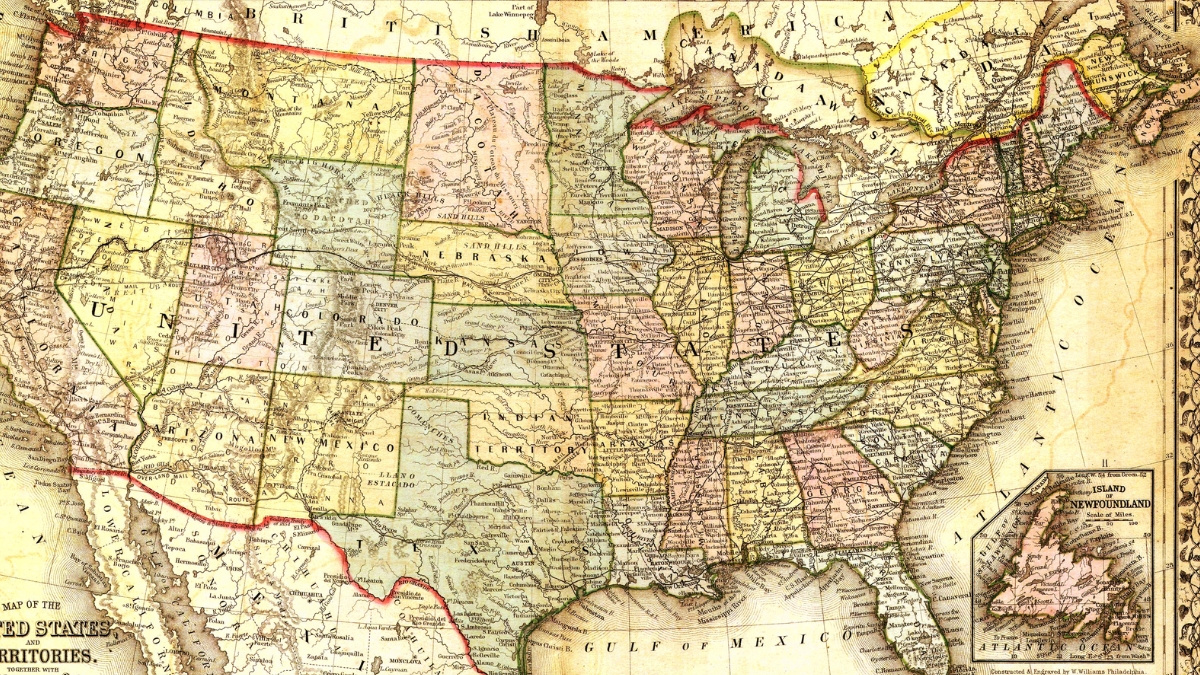 Four founding fathers, Washington, Jefferson, Franklin, Madison, and Monroe, practiced Deism. It is a philosophical belief in human reason as a reliable means of solving social and political problems.

Charles Carroll, Daniel Carroll of Maryland, and Thomas Fitzsimmons of Pennsylvania were of Roman Catholic heritage.

Orthodox Christian among the Founders was Samuel Adams.

Hence, "In God We Trust" was not something the founding fathers agreed upon.

Thanksgiving – A symbol of peace and abundance 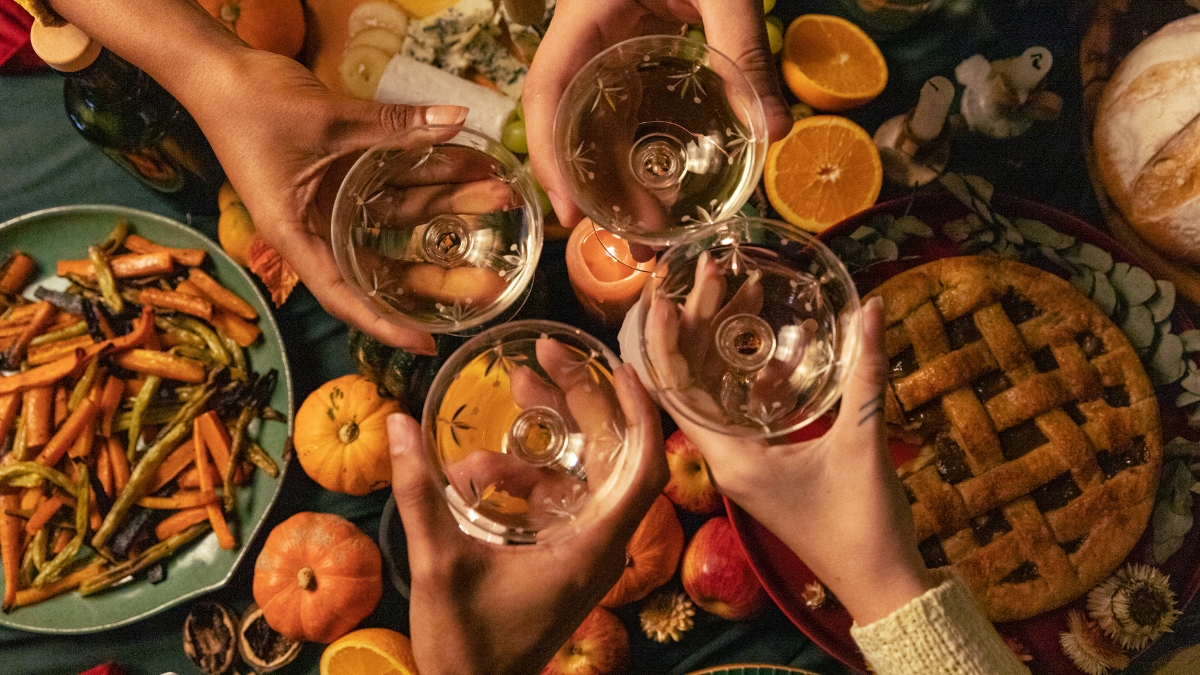 Indigenous Peoples in America recognize Thanksgiving as a day of mourning.

The original, truthful story of Thanksgiving is so whitewashed that there are only glimpses of what had transpired left.

The pilgrims never saw the natives as equals. They also brought diseases, enslaved the indigenous tribes, and committed despicable massacres. 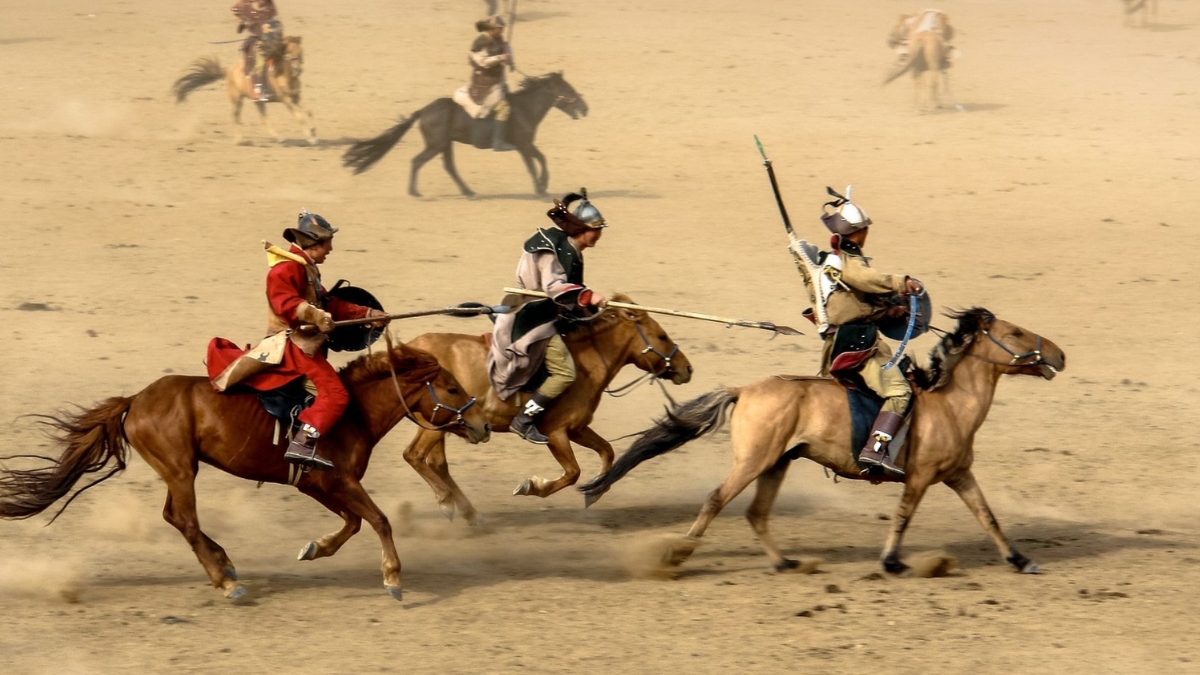 The Indigenous Americans killed Custer, and after his death, it was his wife who mastered the art of propaganda and turned her late husband into an icon.

The battle of The Little Big Horne, where Custer was killed, was initially described as an act of bravery. Military historians, however, found that Custer did not properly scout the area, as he was known to make grandiose decisions without putting that much effort into planning.

The Indigenous Americans sold their land to the United States 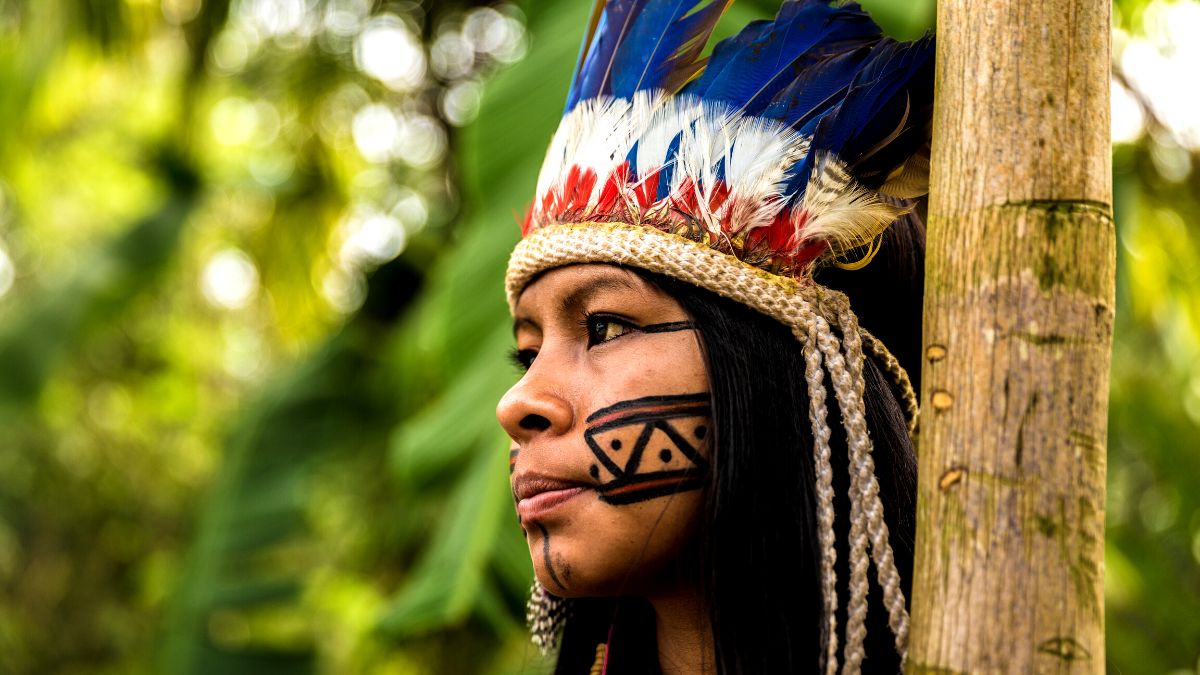 Some parts were indeed sold to white settlers, or so the settlers thought.

Indigenous Americans actually sold a will to share the land. Their belief was and remains that the ground is a living thing on a spiritual level.

You practically do not own it, and you are borrowing it while you are on Earth.

Also read: Most Iconic Road Trips in Every State 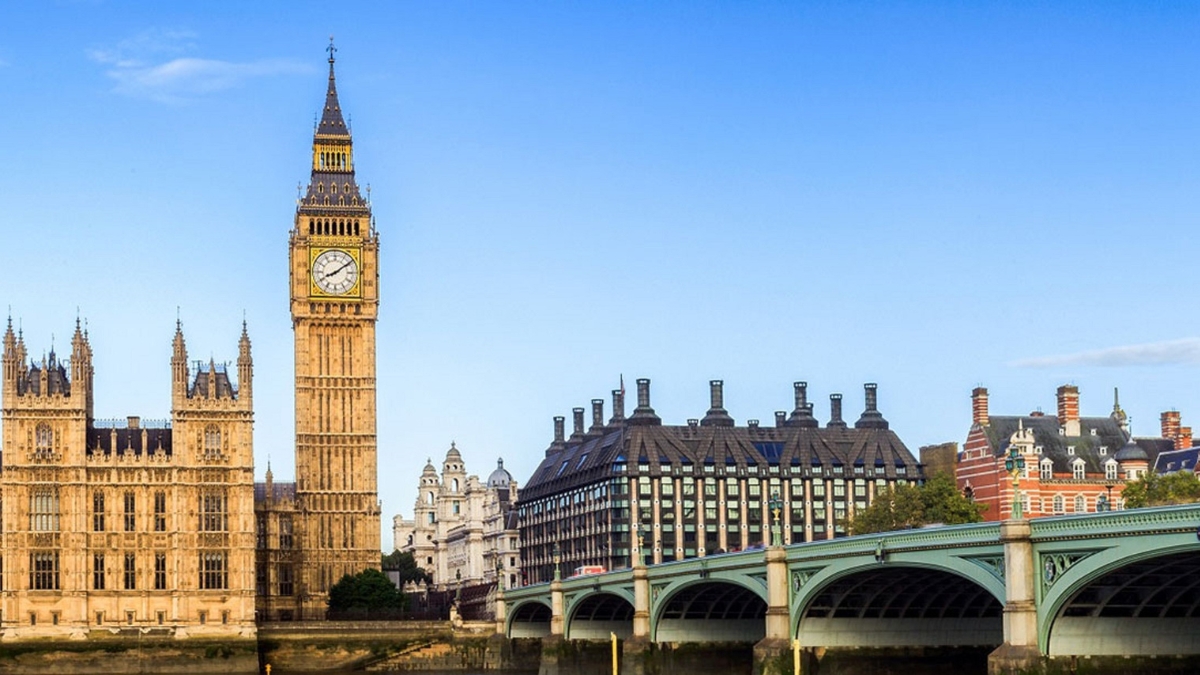 The Midnight Ride alerted the American colonial militia in 1775 that the British forces were coming before the battles of Lexington and Concord.

Paul Revere famously warned that the Brits were coming, only this is another lie in American history. At the time, everyone living in this part of America was considered British.

The phrase was found in Longfellow's poem, as the author wanted to create American legends. And he succeeded!

George Washington could "not tell a lie" 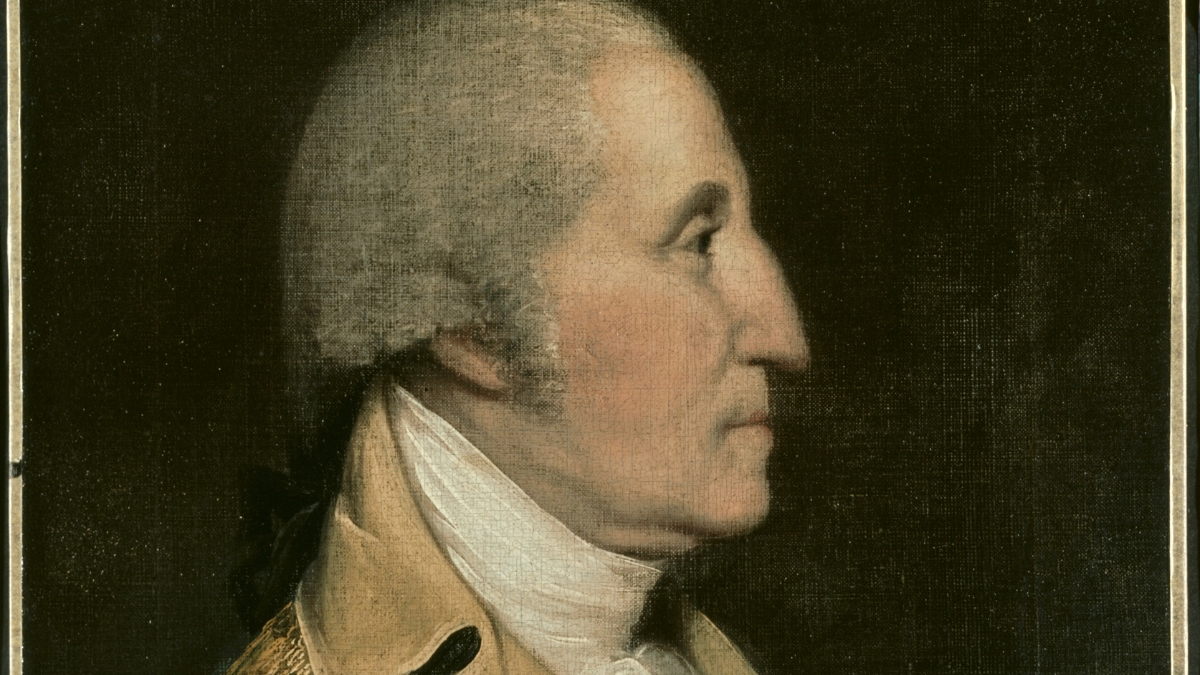 The story says that George, aged 6, damaged his father's cherry tree and could not lie about it.

One of Washington's first biographers, Mason Locke Weems, made up this tale.

It was supposed to show how Washington was the most honest human on the planet.

Victors write history and add a splash of propaganda. 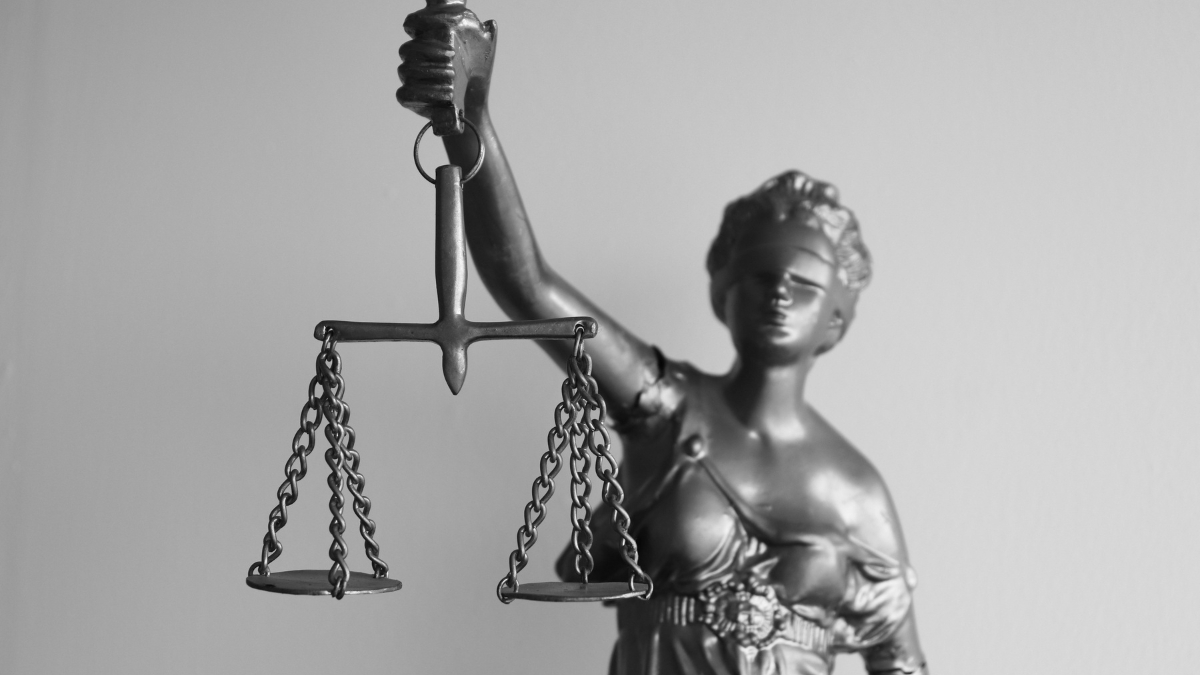 As Thomas Jefferson wrote, the Founding Fathers had different opinions regarding the church and state.

The First Amendment's Establishment Clause forbids the government from encouraging or promoting religion.

This great American history lie opened the door for extensive debates centuries after the constitution was signed.

Not only was the U.S. soil already inhibited, but there is evidence that the Vikings visited America in the X century.

Leif Erikson and his crew left historical artifacts on Caribbean islands and Central and South America.

Also read: Qualities of a Good Man - Never Let Him Go If He Got These Traits 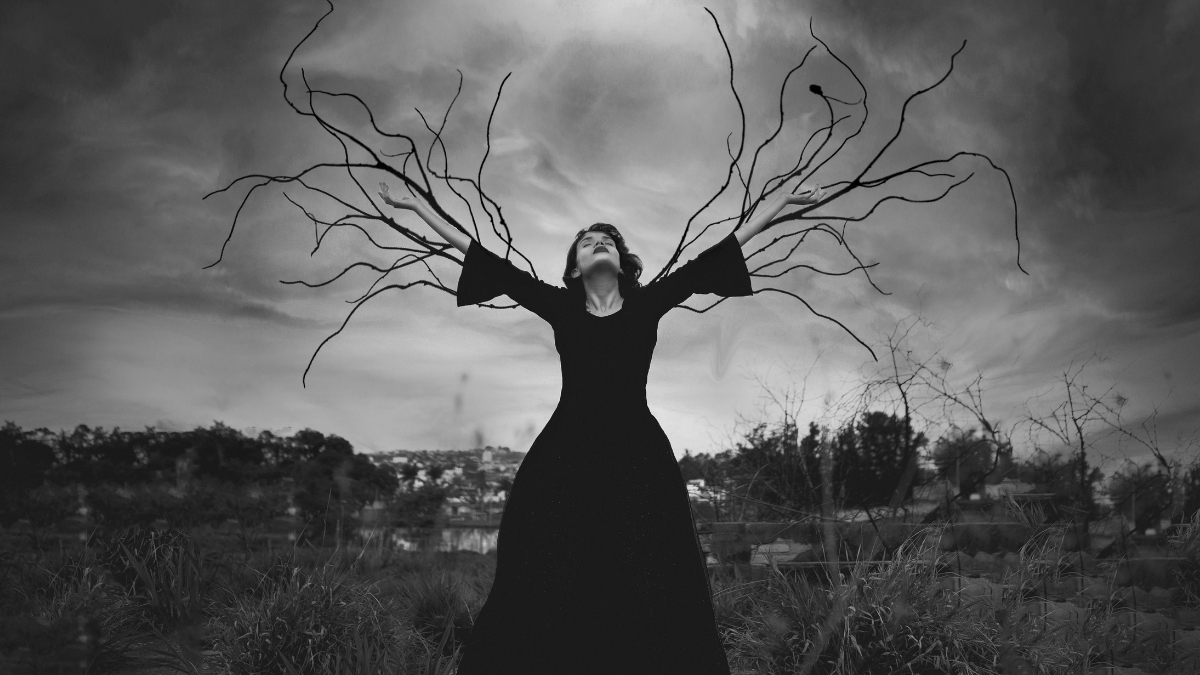 Though the Salem witch trials occurred in Massachusetts between February 1692 and May 1693, no one was burned at stake.

Thirty people were found guilty of witchcraft, and 19 were hanged. One man was stoned, but no one got burned alive.

Benjamin Franklin wanted a turkey to be a national bird 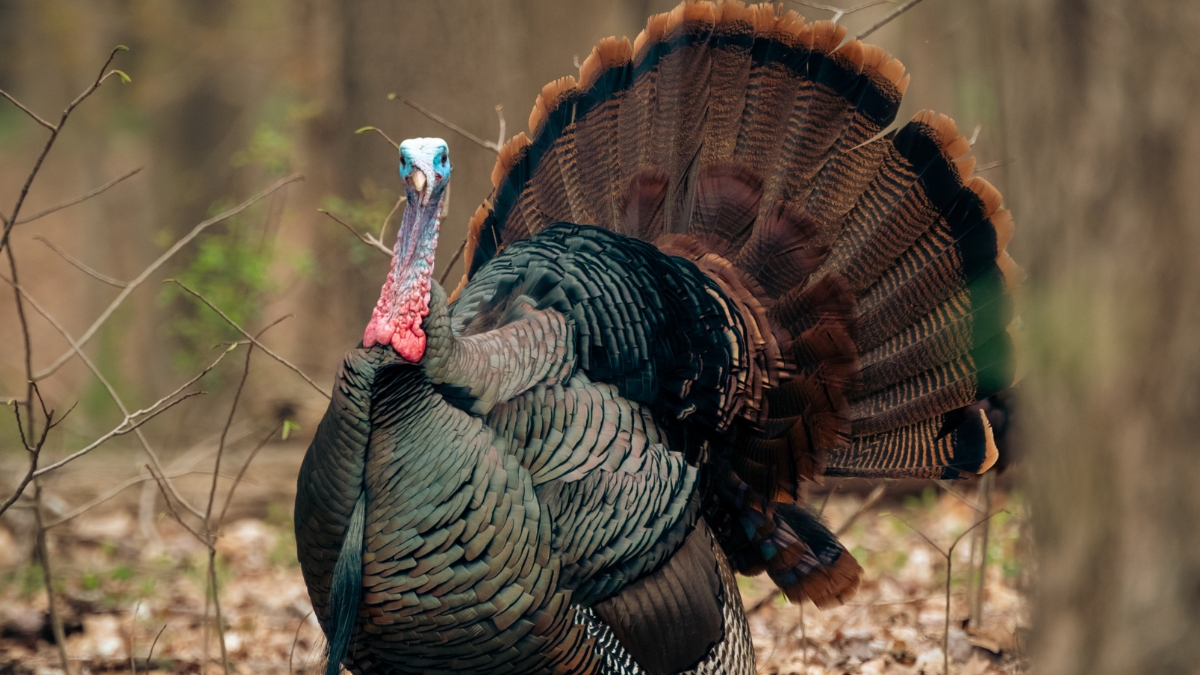 Franklin did not like the idea that a bold eagle should represent the U.S. He wrote that this bird had "bad morals" and stated that the drawing of an eagle reminded him of a turkey.

He joked that a true original native of America was a turkey, but he never suggested a turkey to be a national bird. 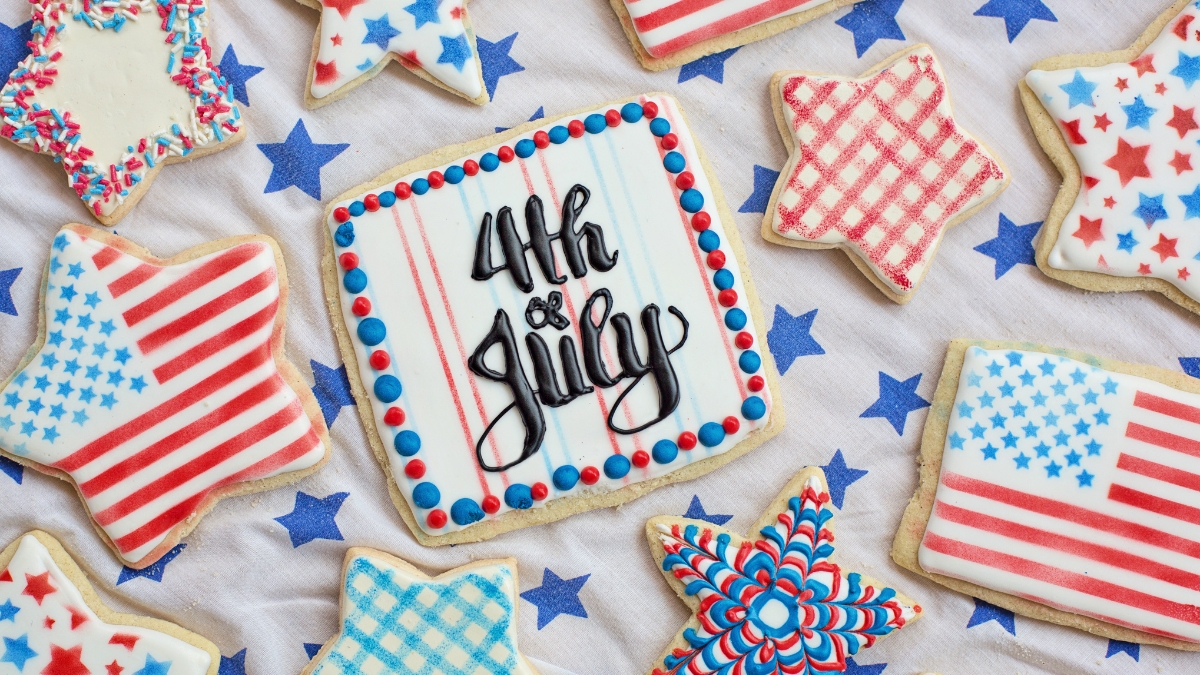 Today, the 4th of July, is a celebration of signing The Declaration of Independence, which turned a British colony into the United States.

That date is all wrong. The Continental Congress voted for independence and drafted the declaration on the 2nd of July. A revision came on the 4th. It was read aloud on the 8th and signed on the 2nd of August.

Pocahontas and John Smith were in love 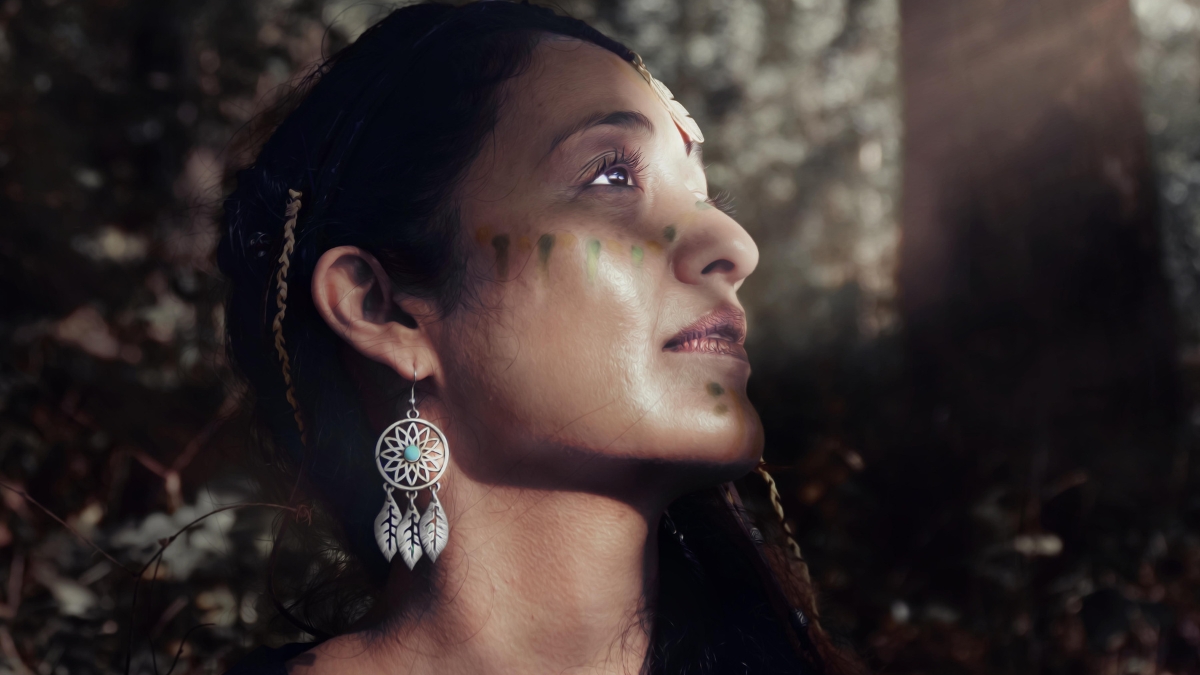 First, there was no Pocahontas. The girl's name was Matoaka and Amonute.

Secondly, she was 12, and John Smith was 28. Though it appears they were on friendly terms, nothing suggests there was anything more.

If there was, that would not paint Smith in a good light.

Also read: 10 Steps to Develop a Magnetic Personality Nobody Can Resist

Stock Market Crash and suicides in 1929 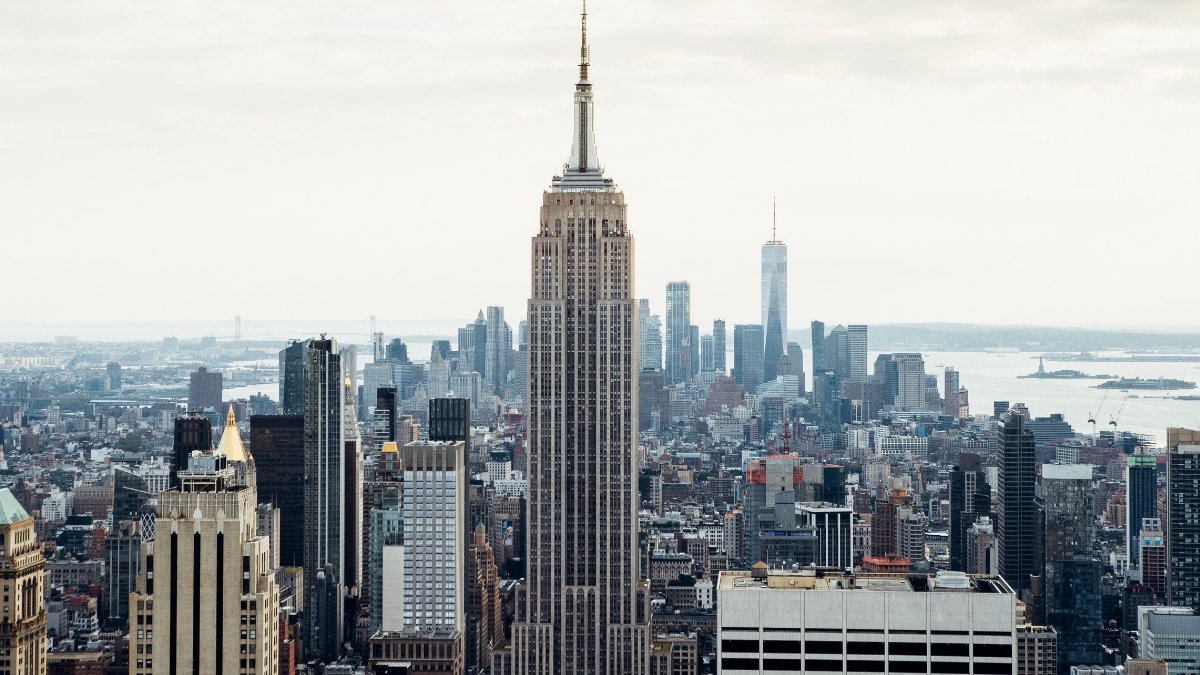 Though the great depression between 1929 and 1933 ended the American dream, it did not lead to mass suicides.

It is reported that it took numerous lives, which is not true.

There were only two suicides, and one was unlikely related to the stock market crash.

White American mob killed over 300 and injured at least 800 people. The reason? Black Americans were thriving and enjoying empowerment after centuries of slavery. They had to be stopped. 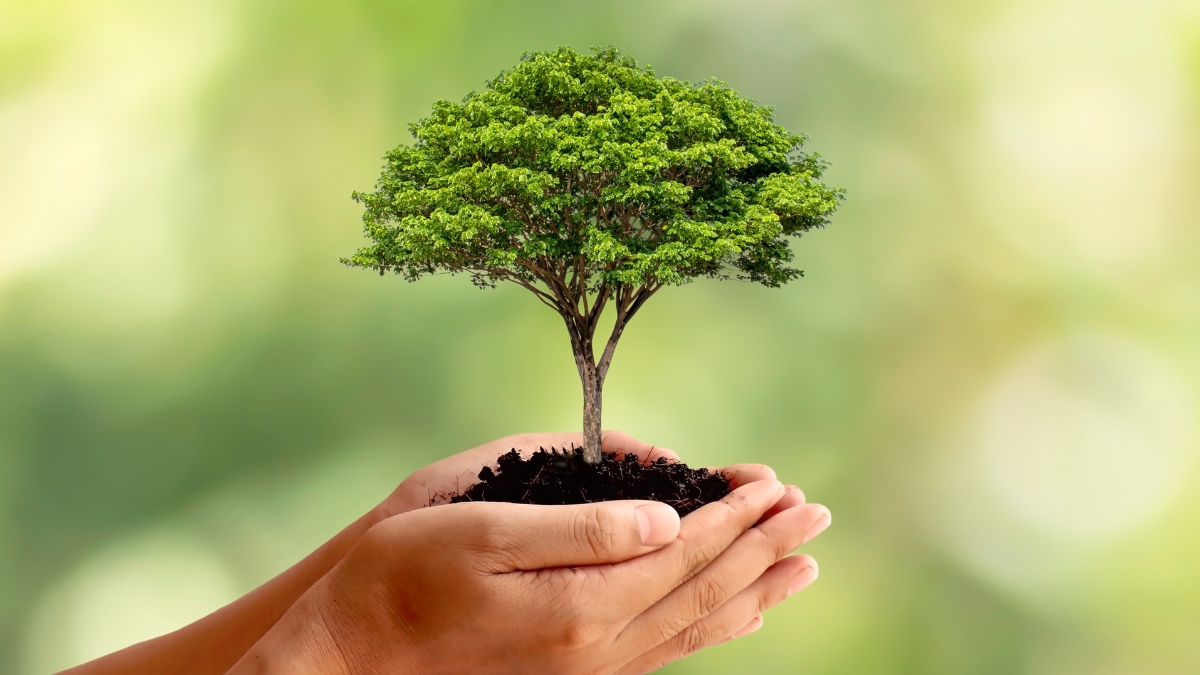 Nixon won the presidency in 1968 when rivers were catching on fire, lead poisoning was epidemic, skies were choked with smoke, and rivers were dangerous to touch.

Also read: The 6 Female Personality Types - Which One Are You?

The Wild West was Wild

This exciting period in American history was nothing but a lie. The Wild West had less than two murders per year.

Disclaimer: This article presents a selection of historical events and the corresponding information is based on the available sources and the interpretation of the author.

Sylvia Silverstone is a passionate writer who loves to share her knowledge and expertise on a wide range of topics, including beauty, life hacks, entertainment, health, news, and money. With a keen eye for detail and a talent for storytelling, Sylvia's engaging writing style keeps readers coming back for more.