×
Home » Lifestyle » Experiences Through Traveling Does More for You Than Possessions 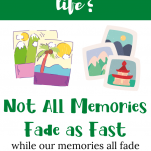 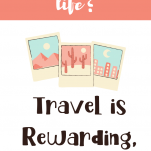 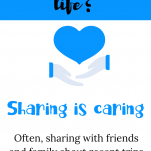 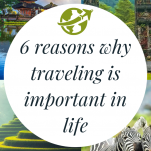 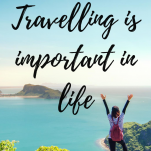 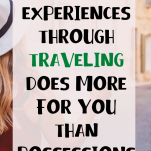 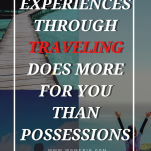 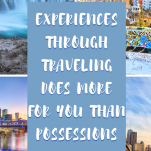 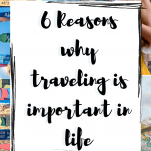 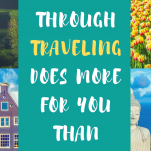 We work our entire lives chasing after a few spare hours and try to feel complete by purchasing the latest gadget, remodeling the kitchen for the umpteenth time or getting a slightly different little black dress. Unfortunately, according to new research from Dr. Gilovich of the distinguished Cornell University, we’re all chasing after the wrong things when looking for happiness. 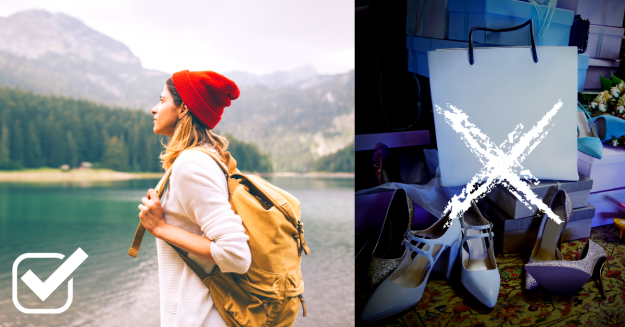 We’re all inherently social animals. Talking about experiences, like travel, is something that’s shared over drinks in a bar with the accompanying travel photos and video clips. Chatting about how great the latest iPhone tends to either fall on deaf ears or come off with us looking like a braggart which turns people off.

Being able to share little parts of our lives, like trips to exciting national parks or roaming around cities we haven’t visited before warms our soul in ways that material possession simply doesn’t. Often, sharing with friends and family about recent trips inspires them to spread their wings a little more, in part, to have their own stories to share later.

Not All Memories Fade as Fast

Research findings from the Cornell study confirmed that while our memories all fade over time, ones that stand out as distinctly different take a different path. Vivid memories that are treasured don’t fade as quickly. As such, these experiences get remembered far more clearly even years later.

By contrast, the 52-inch Smart TV purchased a year ago, seems like old hat now. It’s no longer special; just the norm. “Doesn’t everyone have one?” asks a friend. Well, exactly! For the most part, fond memories are not created when purchasing materials goods. Sure, sitting in a Porsche for the first time and driving it off the car lot is special, but it doesn’t feel as important as driving it. Later, driving the sports car doesn’t seem like a big deal anymore. It’s the new normal. Greater and more expensive purchases are needed, repeatedly, to deliver the same positive psychological jolt. And often, more just leads to clutter rather than happiness.

Participants were asked by Cornell researchers to think about their two most important purchases made in the last half decade and their two best experiences. With these in mind, they were then informed that they couldn’t talk about their most important purchase, only the less impressive one. Alternatively, they could switch to an experience instead. The key differential was that they were not allowed to talk about their favorites items.

It’s well known that fewer than 15% of Americans own a passport which restricts most foreign travel. Unlike in Europe where vacation time is typically four weeks or longer, Americans rarely have more than two weeks available for travel. When considering days off for emergencies and long weekends, the options diminish further for taking long vacations.

Travel is Rewarding, Even Vicariously

Being able to talk about travel experiences is often captivating to observers because it represents something that they would often like to do but are unable to fit into their busy lives. Or, to afford it right now.

Similarly, many Americans dream of retiring, buying an RV and traveling across the United States? But, how many do it? This explains the recent popularity of YouTube channels focused on YouTubers who travel in RVs and vans, some in their 20s rather than retirement age, filming it and sharing it with the world. Even vicariously traveling through these online personalities is rewarding in its own way.