×
Home » Health » Diet » Should You Try the Supermodel Diet? 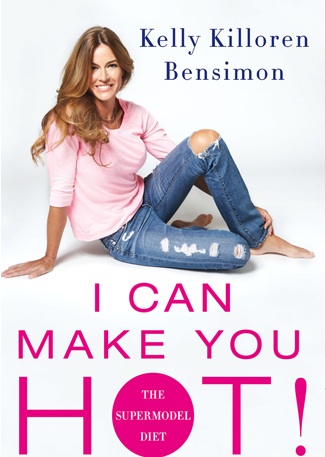 Ever since the Supermodel Diet came out in April of 2012, people have looked at it with both intrigue and skepticism. While the author, Kelly Bensimon , has done quite a bit of work modeling some people have wondered whether or not her diet advice should be followed. It turns out that yes, if you follow the Supermodel Diet, you are going to lose weight, and at a healthy pace. The book centers around three main strategies that give dieters a way to lose weight fairly quickly, but at the same time not have to starve themselves. The Supermodel Diet focuses on portion size, reducing certain substances, and staying true to a healthy diet.

The Importance of Smaller Portion Sizes

An integral part of the Supermodel Diet is controlling how much food you eat for three days out of the week. This is done in order to get your body acclimated to burning extra calories from fat cells that are being stored in your stomach and thighs. When you eat smaller portions of food for only a few days out of the week, and return to normal sized portions the rest of the time, your body doesn't change its metabolic rate to reflect the fact that less food is coming in during those 3 days. If you were to eat smaller portions 7 days a week, your body would adjust to the smaller caloric intake and use less of your stored fat, which is what people are looking to get rid of.
The smaller portion sizes can be anywhere from 30-60% of what you would normally eat. This will stop you from metabolizing muscle, while at the same time give you enough to eat that, for the most part, will make you not hungry. The nice part about the smaller portion sizes is that it is usually recommended to have your three days of small portions directly after your one "cheat" day. On the Supermodel Diet, one day a week you are allowed to eat whatever you want. The author claims that this is to give your body a break, while that certainly is true, as people on diets may not have the will power to diet every single day of the week, it also gives an added benefit of getting your body used to having more calories. This has the same effect as before, taking stored fat from elsewhere in your body to supplement the perceived lack of calories from the days you eat less.

What might possibly be the most important part of the Supermodel Diet is the fact that you will need to cut out certain substances from your diet entirely. The diet itself calls for removing salt, sugar, caffeine, alcohol, nuts, and oil completely from your diet. Taking out nuts and oil are important because they both have a very high fat content. The fats in oil and nuts contain lots of calories, much more so than almost any other food. By taking these out of your daily routine, you are drastically cutting back on a big source of fat.
Removing alcohol from your diet is very important for 2 very distinct reasons. When you drink alcohol, you naturally start getting hungry and it makes you want to eat. Beer and wine don't add on much in the calorie department by themselves, but the food that they cause you to eat can result in you going way outside of the boundaries recommended by the Supermodel Diet. Another detrimental effect that alcohol has on your diet is that it makes it harder for your body to metabolize food into muscle. Adding muscle is beneficial to you since it takes more caloric upkeep to sustain muscle tissue than it does to sustain fat tissue. By adding muscle, your body will burn more of what it eats, and also more of what it has stored.
Sugar and caffeine being removed from your diet helps to cut down on excess calories from the foods with which they are generally associated. Foods high in sugar content like cake and cookies don't have much in the way of protein which is actually very valuable to your body, but instead contain plenty of fat which you are trying to avoid. Caffeine is most commonly found in soda, which does absolutely need to be cut out of your daily routine according to the Supermodel Diet. Soda contains loads of empty calories and artificial sweeteners which all contribute to weight gain.
Salt is used in almost all processed foods in the form of Sodium, and while you will probably not be able to eliminate it completely from your diet, you should try your best to avoid as much of it as you can. This means putting away the salt shaker at your house, since you are probably already eating too much salt the way that it is. If you buy the Supermodel Diet, you will get various tips and tricks to learn how to avoid salt, and steer yourself more towards foods that are lower in sodium.

How Good Carbs Play a Role in The Supermodel Diet

The third element in the Supermodel Diet is to start eating a diet that has a good amount of carbohydrates. This is the part of the Supermodel Diet plan that ensures your body has enough energy to make it through the day, while at the same time making sure not to overdo it. By concentrating on eating a good breakfast and a smaller supper, you give yourself the energy you need when your body needs it the most. At night, since your body doesn't require quite as much energy, you are instructed to eat less so that you don't end up storing much of the excess your body doesn't use.

By following the three main components of the Supermodel Diet, you are going to lose weight, how much weight depends on how well you follow the guidelines, as well as how much exercise you get. Even a little bit of exercise can greatly enhance the effects of the Supermodel Diet, since you would be burning more calories and increasing your metabolism, while at the same time following a powerful diet plan.

« Jill Scott Weight Loss: 63 Pounds Down and Still Curvalicious
How Does the Lemonade Diet Work? »