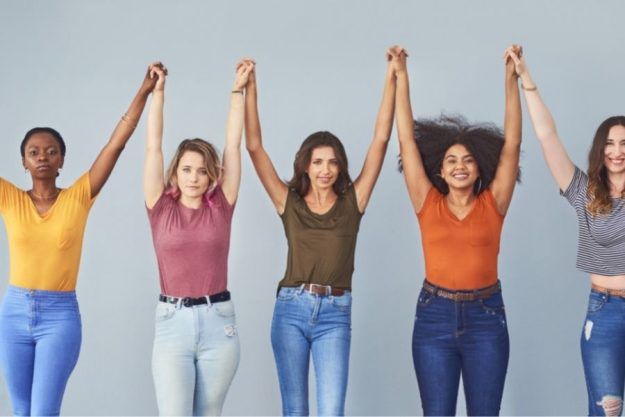 Increased female health autonomy brings societies a number of important benefits - including higher child survival rates, the allocation of resources in favour of children in a household, and an increased ability of nations to meet their respective sustainability goals. After all, gender equality is one of the pillars of the United Nations sustainable development goals and equal rights for women in health, hygiene, and reproduction enable them to share household and family responsibilities and play a role in the development of the economy. As stated in research by A Langer and colleagues, “Sustainable development needs women’s social, economic, and environmental contributions, which will increase when women are healthy, valued, enabled, and empowered to reach their full potential in all aspects of their lives.” What are some health challenges currently faced by women in the realm of hygiene, health, and reproduction, and how can these problems be overcome?

UNESCO reports that school-aged girls across the globe can be absent for up to 20% of the school year because of ‘period poverty’ - a term used to describe the lack of access to sanitary products due to financial constraints. Missing days at school can cause girls to drop out of school, putting them at a higher risk of child marriage and getting pregnant at an early age. As stated by Action Aid (an organization fighting to end period poverty), these products are key to menstruation management without shame or stigma. Menstrual inequity can also lead to bacterial vaginosis (BV), which can cause pain, burning, and itching - and lead to further class or work absence. BV treatments include apple cider vinegar, which is used to rinse the vulva. Special washes infused with apple cider vinegar can also successfully quell BV. However, even when this health issue is treated, failing to use hygienic products during one’s period can create a fertile breeding ground for new infections.

Groups like Action Aid are helping girls across the world via donations, campaigns, and programs, but legal reform is required and women should advocate for more affordable (or free) hygiene products to bridge the inequality gap. In the U.S., Congresswoman Grace Meng drafted the Menstrual Equity for All Act, which seeks to grant homeless and imprisoned women the right to access free menstrual products. Women can do their share to end period inequity by advocating for women’s rights, informing others of the problem through social media campaigns, and relying on the ACLU’s Menstrual Equity Legislative Toolkit, which lists important arguments and provides materials women can use to pressure governments for menstrual equity via legal reform.

A Lack of Decision Making

Jamie Abrams of the University of Louisville Louis D. Brandeis School of Law’s report, The Illusion of Autonomy in Women’s Medical Decision-Making, highlights a major problem for women when it comes to obstetric decision-making. Abrams states, “While patients in every other medical context have complete autonomy to refuse treatment against medical advice, elect high-risk courses of action, and prioritize their own interests above any other decision-making metric, childbirth is viewed anomalously because of the duty to the fetus that the state and the doctor owe at birth.” His report explains that most of the millions of women who give birth in hospital settings attended by doctors align with their doctors to choose the outcome with the least risk for the fetus. He adds that from a legal perspective (tort law), this can be worrisome because what “most women” and “most doctors” do can become the standard of care (the only degree of prudence and caution required by health professionals who are under a duty of care). He argues that legal standards should explicitly cover how decisions have been reached by using decision making aids “to ensure that women’s autonomy is actual and not illusory.”

The United Nations Human Rights Office has stated that “The right of a woman or girl to make autonomous decisions about her own body and reproductive functions is at the core of her basic rights to equality, privacy, and bodily integrity.” In its HRC 2017 Resolution, the UN reports that rising fundamentalism and backlash against women’s rights are endangering women across the globe. It is important for women to have access to affordable, quality contraception and to make decisions that may have a vital impact on their enjoyment of other human rights. The UN’s Working Group has called for various measures to be effected including better training for health providers, the provision of non-discriminatory health insurance, and the recognition that “equality in the supply of health services requires a differential approach to women and men, in accordance with their biological needs.”

Women face many challenges when it comes to their autonomy in the area of health. Three of the most pressing issues for them include period poverty, a lack of decision making power in the area of obstetrics, and an inability in many cases to make decisions about their reproductive health without being discriminated against. Individuals, organisations, and groups are advocating for the need for equality but extensive legal reform is required if the necessary level of change is to be achieved.

« How to Get Over a Married Man
Why Don’t I Like Him? He Seems to Be Perfect. »