One of the joys of having a CSA is also its biggest drawback - the sheer amount of food you can receive in one shipment. But even though I'm a CSA veteran, I still had my eyes bulge out of my head when I saw the huge grocery bag we received of kale last week. I could barely get my arms around it – and I'm all limbs with no torso. So, that should give you an idea of how large that bag was.

In order to put it in the refrigerator, I had to move one carton of half and half, half a gallon of milk, some V8, a bottle of orange juice, and all of our pickles just to wedge the kale onto the top shelf.

To say we have a copious amount of kale is an understatement. 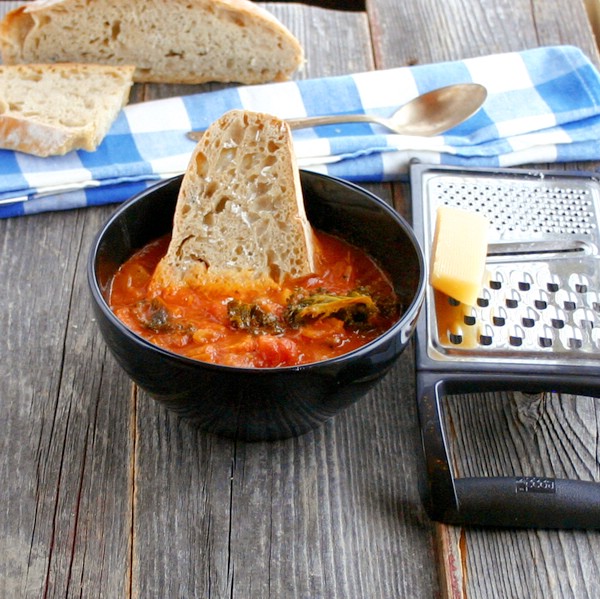 So, it's a little shameful to admit that I made sautes with kale, quiches with kale and frittatas with kale before it dawned on me to make this flavorful and gorgeous soup. And the CSA helped to make the soup even better – again – when I realized that I had some adorable (really and truly adorable) little bulbs of celeriac* that would be perfect as a replacement for regular celery. We also had some dried rattlesnake pole beans that were begging to be part of the melange of flavors too.

This soup isn't just delicious, it's low fat too. Many kale soups use sausage, which to me is a foolish waste of a good pork product and can make a soup greasy. But, this soup is clean with deep flavors - the perfect dinner for a cold night. 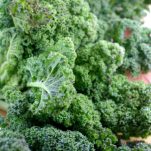 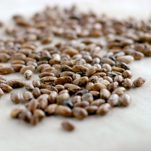 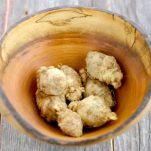 Rinse the beans well and pick over for any loose debris. Place in a pan, cover with cold water and allow to soak over night.

In a medium soup pot, saute the onions, carrots and celeriac in the olive oil and butter over medium-low heat. Season with salt and pepper. Cook until vegetables are soft, about 15 minutes. Make sure to stir them often. Add the tomatoes and use a potato masher to break them down. Add the chicken broth and oregano and basil. Drain the beans and add them to the pot. Bring to a boil and then cover. Cook until the beans are tender, about an hour to an hour and a half.

Strip the kale from the stalk, and roughly chop. Add the kale to the soup when the beans are done, and cook for 3-5 minutes or until kale is tender. Serve with a good rustic bread and grated parmesan.

*Celeriac (which is also known as celery root, knob celery or turnip-rooted celery) is one of the most ornery looking vegetables that you will ever meet. It's harvested in the fall and winter and even though its aesthetics aren't the most pleasing, it's loaded with flavor. Once you peel away the knobby exterior, you will find a beautiful ivory-colored fun alternative to potatoes. It's a relative of anise, carrots, parsley and parsnips which can be known for their edible stalks or roots. However, celeriac tastes like celery mixed with parsley and usually has a large round root just below the soil. Before this CSA shipment, I had never seen such itty-bitty little bulbs.

Celeriac isn't brand new, in fact it's the opposite. The Greeks referred to it as “selinon” and it was even mentioned in Homer's Odyssey. However, it didn't become widely cultivated in Europe until the late 1600s.

And although it's not as popular in America as it is in Europe, it's catching up. Celeriac purees are becoming increasingly common, and it's getting used more and more as a substitute starch. In France the cold salad “celerie remoulade” is a staple.

In order to cook with celeriac - whether you're using it cold or heated - it needs to be peeled to remove the fibrous skin. Then it can be prepared like a potato for soups, stews and mashes. If you have a chance to get your hands on this little treat, take it.

© Photos by the author Launie Kettler