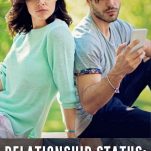 Maybe your Facebook relationship status is "it's complicated," or perhaps it's just a thought that has been crossing your mind lately or even both.

Of course, no relationship is simple. Every human interaction can be qualified as complex at some point or another, so it's very typical if you encounter some difficulties along the way.

However, sometimes it may seem like more than just that; wondering if it's you?

Top Reasons of an "It's Complicated" status

Here are some reasons your relationship could be much more complicated than necessary.

Your relationship is yet to be named

You're seeing someone but aren't sure whether you can introduce them as your girlfriend or boyfriend, and both of you are probably shying away from labeling your relationship. Something could be lacking, such as trust, and you are not ready to fully commit to each other. Whatever it is, think it through, and most importantly, talk about it. With good communication, you can find a common agreement.

Related: Most important things in a relationship

You're dating, and then you're not, then you're together again—a difficult situation to be in that can cause a lot of pain and is often toxic, too. If you are in such a relationship, you're still drawn to your partner but only on certain points. You may see yourself as single, but somehow you always end up returning to the same person. It isn't healthy, and you probably deserve a break—maybe, with time, you will be able to move on.

Related: Why is he ignoring me?

You're dating more than one person

Unless you are in an openly polygamous relationship, when you (or your partner) are dating someone else, it may be linked to indecisiveness or unwillingness to commit to one person entirely. It can be challenging to manage one relation, so two at a time can be overwhelming; however, making a choice can be just as complicated when you love both people. In the end, though, you choose how to live your life, so make sure to think if you really want such a relationship.

Related: Why does he want me if he has a girlfriend?

Some call it "falling out of love" or realizing that your significant other might just not be the right one for you. It's a normal occurrence, but the feelings that come with it are often very conflicting. There's no saying what could be the reason for suddenly not wanting to date your partner anymore—it could range from too much of a gap in personality to an awful fight that ruined everything. While you can try to patch it up, sometimes it is just best to part ways.

You're considering breaking up without having cut ties yet

Speaking of bad fights and break-ups, it could be one reason you or your significant other's Facebook status displays "it's complicated". Perhaps, you've had a terrible argument, and you're thinking of ending things. It isn't official and most likely hasn't been discussed yet, but the prospect of a break-up is still there and can harm your relationship if you don't address it before it goes out of hand.

Related: This is why couples break up after 1-2 years

You're friends, but you've crossed boundaries that friends do not typically cross. The friends with benefits relationship is a complex one. You might hook up behind closed doors, but you still consider it a friendship. For some, it can be a great way to determine whether they want to go farther or not, and with whom, but it doesn't sit well with everyone.

Related: Is he making love to you? Top signs.

It's a feeling of longing that is hard to erase. When you've fallen for someone, but they aren't around for a reason or another, "it's complicated" is definitely a great way to describe your feelings. You can't move on, and it can be a major drawback if you want to start other relationships. It is important to understand that everything has to come to an end, and while staying hung up on old memories may feel comforting, it may only bring you additional pain. It's like when your crush doesn't like you back; you just have to drop it.

Long-distance relationships have been known for being a test for all couples. When your partner is far away, it isn't easy to maintain proper contact and feel that connection you have when together. On top of that, it's easy to start doubting the sincerity and loyalty of your girlfriend/boyfriend, and it can quickly escalate to more problems and make it harder than it already is. This could indicate a lack of trust in your relationship, something that could enmesh you to a situation just as confusing.

What does complicated mean in a relationship

Many things can make a relationships complicated. "It's complicated" is the phrase given to describe a situation in which there is an intricate and potentially difficult-to-understand degree of feelings or interaction between two people. This could be because they have some history and past interactions that are not easily understood. A chain of breakups and reconciliations. Or it may be because one of the people feels strongly about a relationship while the other doesn't feel that way. A relationship is complicated when people have different personalities and goals, too.

At the end of the day, every relationship is complicated and unique in its own way. Complicated doesn't have to mean dysfunctional, and there's no universal listing of what is worthy of an "it's complicated" status. You decide what to qualify your feelings as, and with enough thought and observation, you'll be able to understand the intricate parts of your relationship with ease.