Every healthy relationship is bound to eventually hit a few bumps along the road - that is just how love is. Know one has the “perfect” relationship that doesn’t involve at least a small disagreement. Usually none of it is worth breaking up over because there is always a way to work through the problem. Better yet, you will be stronger as a couple when you learn how to work through it.

Related: How to make him miss you 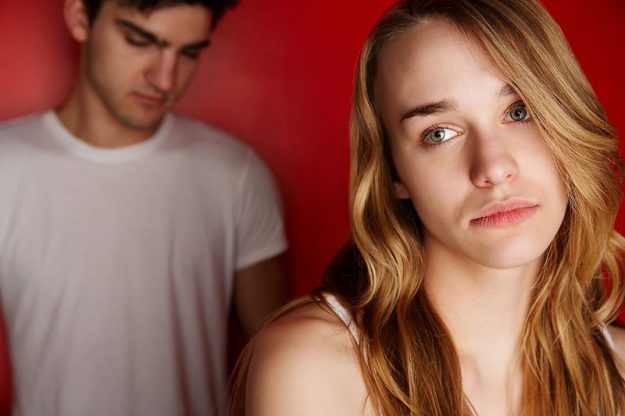 A good relationship can go bad very quickly if no one knows how to communicate in a healthy way. Not all adults learn to communicate – that is communicating your feelings without blaming the other person or yelling. When you get upset about something it is okay to express it, but it is not okay to blame, be mean or yell. Try to say how you feel instead of accusing your man. If you are too upset to talk calmly, it is time to walk away. Come back in a little bit when you can talk without yelling.

Depending on how far into the relationship you are, you’ll be starting to talk about much more serious things such as money, marriage, and whether to have kids or not. It is better to discuss these things early on rather than to have them sneak up on you later when you are not sure how to handle them. You need to be able to compromise on money – at least in one form or another. Basically, working together on it instead of one controlling the other or thinking they need to have more say over where the money goes.

Finances are a common thing couples argue over, but it should never be to a point where one is being more controlling over the other. You both should be giving each other free opportunity to have access to your money if you both decided you want to further the level of your relationship. Unless there is mutual agreement on how the money is spent. And when, and if any of these changes happen, it is very important to communicate about it. Communication is key.

No Two Relationships Are the Same

If you ever get the urge to compare your relationship to your man to your friends or your parents when they first started dating, do yourself a favor and don’t. Lots of relationships have similarities. But no two relationships are exactly alike, so you can not compare. There are different angles to everyone’s relationship. And just because it doesn’t look like your best friend and her boyfriend ever argue doesn’t mean they don’t.

Don’t Try to Change Him

While you are dating your man there may or may not be things you start to notice that annoy you. Usually things like this don’t become an issue until you are in a more serious stage of a relationship. If there are things that you don’t like, don’t expect to be able to change those things about him. Unless they are outright not healthy, everyone has things that bother another person. You will have to accept him as he is, remain friends, or break up with him.