So you have found Prince Charming and now you are looking more seriously at how to keep your relationship going strong and steady. There is a point in your relationship with prince charming where you will feel like you want to see him exclusively. If that is where you are, you need to mention that to him. Tell him that you care a lot about him and you are interested in seeing him in a relationship where you only date each other. 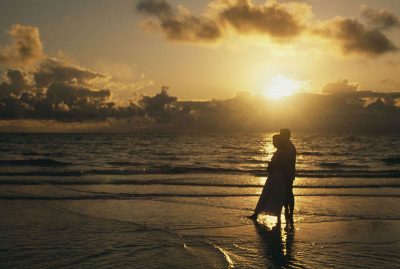 Make sure that you are starting your relationship and building it up enough to maintain trust. Trusting that when your man is out with his guy friends, he is really out with his guy friends doing mostly innocent guy-bonding. That being, he is not out flirting with other women or trying to have a relationship on the side. This goes both ways. You need to trust him. When you trust him, you show him that you are secure enough and you are not controlling or possessive. You probably love to talk to him a lot, but you don't want to call him 9 times in one hour. That will make you seem insecure and clingy, which you are not.

Freedom in Your Relationship

This goes back to trust. Be trusting enough to know that you can give him freedom to pursue his interests, go to work, and in general be out and about knowing that he is not going to stray from you. He will appreciate your ability to give him freedom. Plus, you do not come off as being in the least bit clingy - which is very good.

Related: How to Make Him Miss You

Hold off On Dumping Excess Baggage

You may be in another stage of your relationship where you are just starting to share things more, but that doesn't mean you should drag all of your past relationships out at him. Most of us have excess baggage of some kind, but we need to little-by-little share it. Not dump it all out at once and scare Mr. Prince Charming away. You don't want to be a drama queen about your past relationships either. You are with a new guy who seems to be treating you well and liking you for you.

Be a Good Listener

Part of being in a good relationship and helping it to continue to grow is being a good listener to your man. You are now at the level where you are just starting to share more emotional things with each other. Make sure there is equal give and take in listening. Be there for him and go out of your way to help make him feel like you will be there for him. He needs to know that you expect the same in a gentle way.

Accept Who He Is

Part of accepting the man in your life even in the early part of your relationship is liking him for him. If he is very talkative, energetic, and likes to be outdoors all the time, let him be so. Let him have his friends and find out how this compliments him as far as who he is as a person. Meet, and get to know his friends and family and just get a feel for who they are, especially if they turn out to be decent people. If they are a bad influence that encourages your man to get drunk regularly, not being responsible for anything and not taking care of himself - that is one thing. But if they are regular people who know him and just like him for him connect with them and in some ways expect the same from him.

You want to start your relationship from the beginning being honest. No building one lie on to another lie and so on. Lying in a relationship will eventually come back and bite you. If you are doing all of the lying - not cool. Come clean with him. If you are lucky, he'll give you a second chance. That does depend on what the lie is about. You want to be honest with him about who you are and where you are from, just as you want him to be honest about himself.

Even though it is nice to get gifts and presents, it is not very necessary at the beginning of a relationship. Now, when you reach your first month's anniversary of being together that is one thing. If you made it to the 6th-month mark in your relationship that is definitely a milestone you want to get a present for - and something meaningful. But giving a bunch of presents at the beginning of a relationship isn't a way to prove you are going to be good in the long run for your guy unless all of the points above are steadily in place.

It is important to celebrate a relationship that has lasted 6-months. This is a good milestone to consider giving him a present. Guys don't usually operate on nearly the emotional level women run on, but they still appreciate a lady in their life remembering a 6-month anniversary. Usually, this is more important to women, but it depends on the man you are with. And the present you get should be something relating to how you met, or be something you know is important to him somehow. Some men appreciate cards. The idea is to appreciate that your relationship has a healthy connection that has carried you to the 1-month or 6-months and beyond stage. That is something to celebrate.